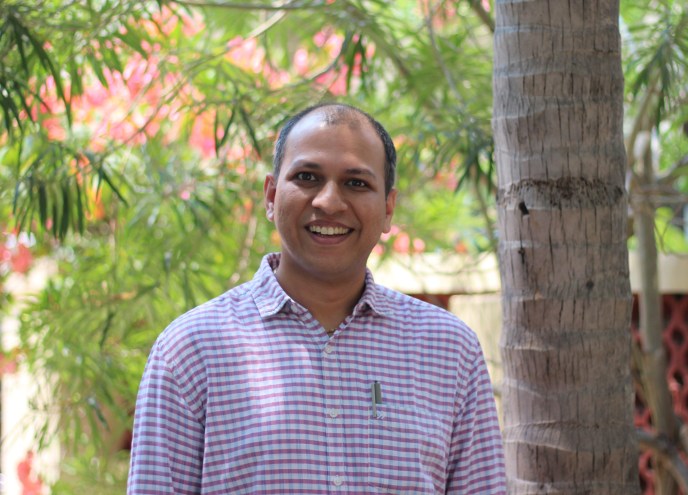 The Impact Money Blog sat down with Puneet Gupta to find out why he left Dvara Trust (formerly known as IFMR Trust), a group he co-founded in 2007, to start Kaleidofin, an ambitious fintech company that wants to make savings and investment convenient for millions of customers at the base of the economic pyramid.

Puneet Gupta, a veteran social entrepreneur in the field of microfinance, knows the poor would be better off saving rather than borrowing to achieve their financial goals. Although microfinance has been credited with improving the lives of hundreds of millions of people in the developing world, the industry has grappled with the ethics of indebting the most economically vulnerable. This is particularly true in India, which experienced a regulatory backlash over this issue in 2010 that threw the industry into turmoil.

But Puneet also knows from experience that when it comes to savings, the devil is in the details. Financial institutions have often struggled to offer low-income customers a convenient way to save, finding the deposit mobilization process cumbersome and not cost-effective, especially in the bite-size quantities these customers prefer. Puneet believed he had a solution. To prove it could work, he gave up his job as group CFO at IFMR Holdings, a leading Indian financial inclusion group, for the gritty, arduous life of a start-up entrepreneur to co-found Kaleidofin.

Kaleidofin utilizes disruptive technology to address the many challenges of serving a mass-market of low-income households at scale. According to Puneet, some 600 million Indians lack a safe and convenient way to save and invest, which he sees as a tremendous business opportunity. The new enterprise offers a platform to companies like microfinance institutions that want to offer convenient savings and investment services to their customers without the expense, hassles and risks of building a solution in-house.

“An algorithm takes into consideration the household expenditures, unique vulnerabilities, risk tolerance and persona type to recommend a single, seamless package of insurance and investment solutions”

Customers start by defining a goal, such as paying for their child’s education. Kaleidofin then uses artificial intelligence to generate high quality financial plans for each household by mapping customers to pre-defined persona types based on behavioral questions and other publicly-available information such as credit history. An algorithm then takes into consideration the household expenditures, unique vulnerabilities, risk tolerance and persona type to recommend a single, seamless package of insurance and investment solutions to optimize the likelihood of reaching their desired financial goal.

The fully automated, end-to-end solution enables its partner institutions to collect monthly contributions and invest them in India’s growing array of professionally-managed investment funds. Monthly contributions of INR 500 to 5,000 rupees ($7 – $70) are collected and invested in a diversified portfolio of funds that earn better returns than savings deposits or gold, a traditional form of saving in India. Savings discipline is further encouraged by regular SMS reminders, automated voice calls in the language of the customer as well as agent field visits. Partner organizations play an important role as an assisted touch point to ensure a positive user experience for the customer, 92% of which are women and 97% earn less than $350 per month. In essence, he and his co-founder, Sucharita Mukherjee, have created what could be described as (with all due respect to Muhammad Yunnus) a “robo advisor to the poor.”

“Customers would put aside small amounts every month and then an accident or medical expense would wipe out their savings.”

In building the company and platform, Puneet draws on his experience in microfinance, including his many years in the trenches on the frontlines of poverty with IFMR/Dvara KGFS. “I can tell you what doesn’t work when offering saving to customers,” says Puneet. Over the course of his work, he realized that without insurance, poor people find it nearly impossible to save. “Customers would put aside small amounts every month,” he recalls, “and then an accident or medical expense would wipe out their savings.”

But selling insurance, particularly to people of modest means, can be notoriously difficult. “People don’t understand financial products and labels,” Puneet explains, and convincing them to pay in advance for a benefit they might never receive is quite a challenge. Affordability is another issue. While it is easy to sell consumer goods like shampoo in convenient and highly affordable sachets, this is not the case with financial services. “Sachet-ization of insurance doesn’t work,” says Puneet, “because there is a mismatch between the amounts of insurance that people need and amounts they can afford.” Kaleidofin solves these challenges by bundling insurance and investment products together in one financial plan based on its AI-generated customer profile. The inclusion of life, accident, and disability insurance means that unexpected shocks will not derail the end financial goal. Customers pay a transparent advisory fee to Kaleidofin, which covers the cost of the insurance.

Scale is the key to success for Kaleidofin, which generates small amounts of revenue per customer. Since launching in 2017, the company has already recruited 21 corporate partners and attracted investment from impact investors such as the Omidyar Network. To achieve break-even, Puneet estimates they will need to sign up just over 1 million customers.  Nonetheless, scale was always in Puneet’s mind when he started on this journey.  Building a company from scratch is never easy, but living a comfortable life never crossed his mind as he does not find that exciting. “A job is not just about making money,” he says, “beyond a certain point money doesn’t matter much.”

“There is such a huge challenge out there,” referring to the millions that currently lack a modern way to achieve their financial goals, “that’s what excites me.” Revealing his social entrepreneur bona fides he adds, “At the end of the day, it is not about recognition. It is all about the satisfaction that I’m doing something with my life that has an impact.” If going to the office on Monday is a burden, he suggests, we should all challenge ourselves with the question, “Am I doing something with my career that’s meaningful?”