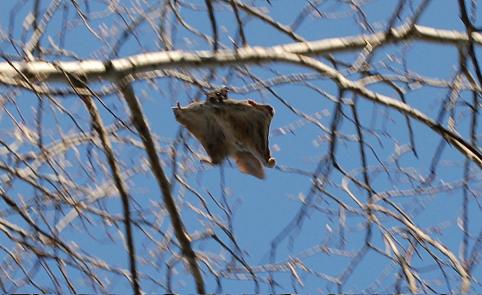 “The power of solutions lies primarily in the people who believe in and own them” – V. Srinavas

We currently have an opportunity to explore ways to augment the Social Labs movement. Stuart A. Kauffman tells the story of Gertrude the flying squirrel:

Around 63 million years ago a squirrel emerged with flaps of skin connecting wrists to ankles. These flaps gave Gertured the ability to leap out of a tree when being attacked. This gave her enhanced survivability and hence the ability to reproduce. But, what were those flaps of skin? Kauffman suggests that nature explores the adjacent possible, a means to increase diversity. In the context of complex, urgent problems such as the refugee crisis, we need to explore a solution space which includes adjacent possibles. Looking to the future with only past experiences is a process ripe for augmentation, for improvement.

As it turns out, immune systems resort to evolutionary exploration when seeking to identify unknown invaders; they are exploring the adjacent possible of molecular signatures to find a solution.  This exploration is a kind of “wet lab,” akin to boots on the ground trying things out or experimenting. We explore the concept of augmenting wet-lab experimentation with the equivalent of dry-lab exploration of the same space.

The Social Labs Revolution reports and builds on a decade of practical experiments in addressing social challenges that are complex in nature. These range from the sustainability of global food systems and child malnutrition to state collapse and climate change. Zaid Hassan, a co-founder of Reos Partners, makes the case that taking a planning-based approach risks almost certain failure. Instead he expounds on an experimental, prototyping based approach, social labs, that have proven more effective in addressing complex challenges.

Italics added: essentially this is calling for something analogous to citizen science labs. There are 3 aspects to this:

Note that experimentation implies not just investigating (or what we will refer to as questing). Questing demands a prototyping and action phase. If we do A, what happens, and what does it tell us about X? We must experiment to both confirm hypotheses and to open up adjacent possibles not previously visible. This process prompts new quests. Another term for this process is the scientific method.

There is a further dimension in that organized groups addressing existential challenges (like climate catastrophe within a decade) are not neutral observers (note: not neutral does not mean not truthful), but need to act from within chosen perspectives. It’s like the difference between World of Warcraft and Ender’s Game: the former is distinct from the so-called real world, while the latter is not.

Citizen science labs are a mixture of exploration and experiment, but they entail research and conversation to build on what is learned in the field, and to determine next steps to take when in the field. Augmenting the social labs infrastructure, as we describe in our talk Finding Meaning Across Boundaries at Transform, entails the application of game mechanics and the social dynamics of guild members participating in epic quests which are truth seeking missions; a quest is a well-posed question around complex situations such as refugee resettlement or climate change. We describe an active solution space (aka knowing process or garden) which thru questing and probing opens up adjacent possibles.

This also promotes buy-in: if you participate in an engagement and/or discovery, it’s more your own, with accompanying emotion. Touching that latter means it’s more possible to touch and shift closely held framing. In general this helps address the finding that absent emotional facilities it gets very difficult to make decisions (one such being how to face and reframe an approach to an issue). It is also a way to view the Srinivas quote (believing in and owning solutions – that you have co-arrived at).