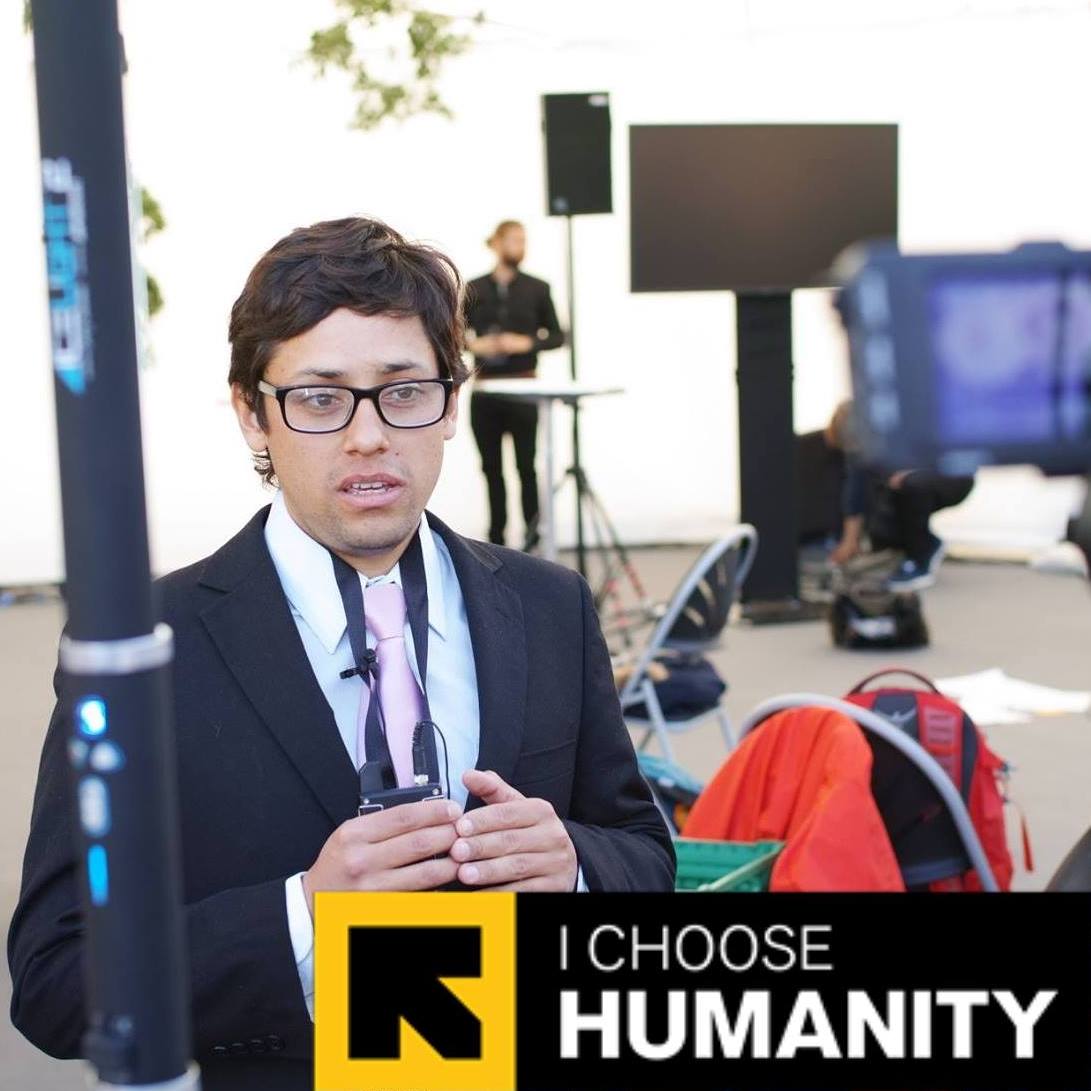 Since 2017, Jean Pierre Candiotti (JP) has empowered more than 100 refuges in cooperation with different educational institutions, municipalities and businesses at the local, regional and inter-continental level. Among other works, he has designed the Refugee Entrepreneurship Sweden program and Digital Inclusive Entrepreneurship Scandinavia, a multi-sectoral and trans-national educational program partially funded by the Nordics Ministers Council in 2018. Jean Pierre holds a MBA and Ms.Sc in Sustainable Development.

Kevin Jones recently chatted with JP about why he does what he does and where he expects it to go in coming years.

Kevin Jones: What will keep you doing this for a decade. What part of this arose from within your family system, as a response to something you felt and understood early? What from there keeps you connected to the work you are doing?

JP: Society is constantly changing, and In 10 years from now the challenge of immigration and climate refugees will be even bigger. I believe we have the capacity to accomplish our mission and serve other cities and nations on their immigration, adaptation and creation of opportunities processes. Specially in the future of work that will require of new models of systemic organization (societal innovations)

According to Statistics Sweden, the government agency that produces official statistics in Sweden. The percentage of newly arrived migrants, between the year 2010 – 2015 and in the age between 20 and 64 years old, that had a job in Sweden in 2015 correspond to 16% for women and 33% for men.

In a global context, the recent IPCC climate change report claims that global temperatures could rise to disastrous levels by 2040, occasioning extreme droughts, heatwaves, sea levels, and even mass extinctions and forced migrations around the world. Environmentalist scientist prognosticate that by the middle of this century, experts estimate that climate change is likely to displace between 150 and 300 million people. Many of them crossing the mediterranean sea from Africa to Europe.

Hosting cities are in need of better processes to create occupational activities and job opportunities for immigrants. Likewise, the current asylum seeking process in Sweden is not designed to make refugees contribute to their hosting societies.

Refugees Transition Lab envisions to put together, adopt and discover the best practices that create value for refugees and for hosting cities. I am an immigrant entrepreneur, and employee of an open liberal education institution that empowers refugees with entrepreneurial, digital and cultural competences.

KJ: I often find entrepreneurs have a big reaction in adolescence, seeing the existing system as wrong and a decision is made to be independent from that system. Often that gets lost in mere entrepreneurship. What first made you wake up and not like what was going on, and feel the need to do something?

JP: I believe in human potential, and that everyone wishes to have more fulfilled lives. I also think that if people would get opportunities to create value, most of them would engage and give the best of them to accomplish the goals. I think there are systemic formulations, structures and process that keep the traditional roles alive, and that does not focus on creation of new roles or better distribution of current and new tasks. A better distribution and process for creation of new tasks would help immigrants creating incomes and having a more meaningful and cohesive life in society.

In the case of refugees, it is necessary to re-formulate the current national and local policies for hosting and empowering refugees. New process could allow to create more value to them at a fewer cost, while also focusing on the creation of long term value for them and  the hosting societies.

KJ: How do you detach from all the stories you need to spin, in various languages to various audiences, constantly code shifting? How do you come to realize you are not your stories?

JP: I have had always the capacity to meet and hold a good relationship with people from different backgrounds and societal positions. I can blend myself, learn and give insights to refugees, immigrants or conservative policy makers. I have relationships with investors, and in people in need of opportunities. The fact of being an educated swedish citizen that aims to create better societies give me the wings to speak up on behave of what is needed. The change the narrative according to the receptor is a skill I been practicing and believe is naturally on me to excel.

KJ: Btw my daughter, a Byron Katie method trained facilitator are planning a retreat on mindfulness and the code shifting systems entrepreneur for the Spring. Email separately if you are interested. We as a company are interested in the care and feeding and optimization of system entrepreneurs and have been for several years.

JP: I would love to be part. However, I am not sure all the conditions would come together this time. Please keep me on the community.