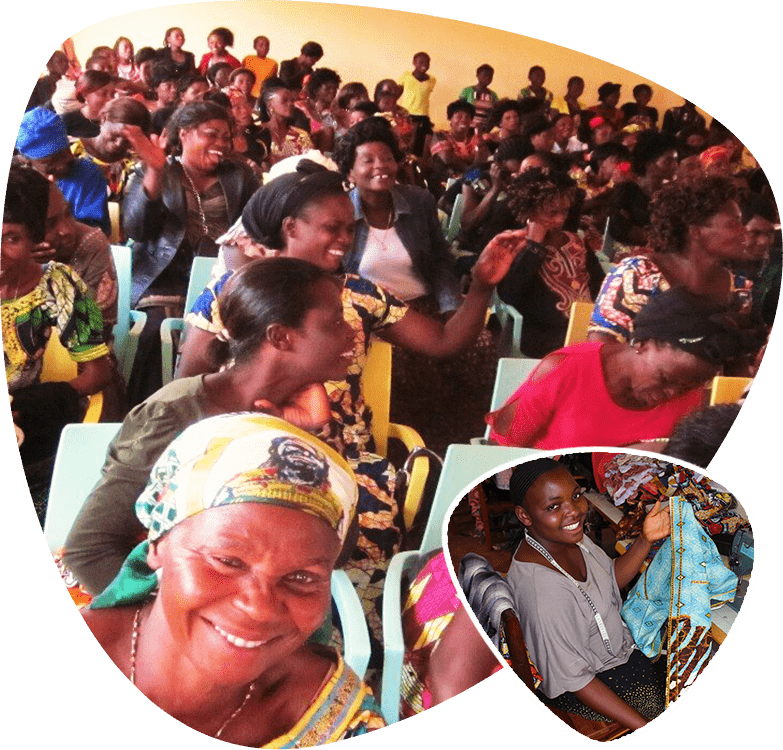 Modern civilization has discovered the hard way that the social and ecological practices of indigenous people are often better suited to planetary health and happiness. That does not mean modernity has produced nothing of value, just that its fragmented system of governance and production leaves no one in charge of the mistakes, and everyone clamoring for the conveniences. The dialogue between North and South is thoroughly symbolic, and leaves no room for doubt of its importance. God and Goddess, Man and Woman, White and Black, Right and Left, Modern and Indigenous, Developed and Developing, Left Brain, Right Brain, Electric and Magnetic, all these point to the original polarization of the One. The loving balance of this polarity has led to the beauty in creation, its denial and imbalance, slavery, war, sexual violence and discrimination, environmental destruction, wealth and poverty, disease, and natural disaster. As the increasing chaos resulting from conflicts between the polarities become ever more apparent to the psychologically mature, intuiting a sensitive, evolving, new balance between the indigenous and modern development paradigms must become the standard planning process for socially responsible economic and ecological development. This process must be open to sensory and experiential feedback rather than based on disciplinary and codified theory. It must be facilitated by dialogue and cooperation designed to achieve progress based on best practices as related to each individual culture and locale. As in biology, diversity must be cultivated for its strength and beauty, rather than cut down to make room for monocultural hegemony. These practices are most critical in the development of non-discretionary infrastructure, where the installation of an unsuitable systemic regime can be difficult to reverse, leading to generations of crisis response as for example in the US healthcare and agricultural sectors, and in the global climate crisis. This plan focuses on sustainable development in agriculture, energy, healthcare and technology, but is also applicable to security, water, housing, clothing, education, production, and culture.

The essence of lessons learned by modern civilization in the realm of agriculture is that diversity – also called diversification or polyculture – is critical for nutrition, food quality, farmer well-being and social health. This diversity is critical to the survival of small and medium-sized farmers who must succeed under nature’s laws, and have no recourse to government subsidies or bailouts in the event of crop failure, health crisis, or popular dissatisfaction. In addition, the critical role of diversity must be seen in a spiritual light as well. Relations between all creatures and the Earth, Sun and the soul of culture are an unbreakable whole. It is not possible to systematize agriculture based only on materialistic science and produce healthy communities, because agriculture, like all human affairs, is a highly social activity. Personality, artistry and self-actualization must be preserved such that farmer burnout and isolation does not leave space open to claims that machines can do it all better. This accusation is of course false advertising, and the devastation of global agricultural communities, dead zones from chemical runoff, rising farmer suicides, disappearing wildlife and unhealthy people is proof positive that the mechanical and chemical “solution” is no such thing.

In the ferment of modern agriculture, as traditions and modern science blended, several excellent but still underutilized schools have developed, both of which have been put into practice around the world with excellent results. Biodynamic and Permaculture systems are both willing to engage with science, recognizing its value and service to humanity, while also being willing to perceive where and when its costs outweigh its benefits. Permaculture has focused on the development of appropriate technology, including greywater systems, integrated housing and agriculture, minimal impact energy systems and integrated polycultural edible landscapes. Biodynamics has focused on retaining and developing sensitivity to the soul of nature and the spiritual world, and on the importance of healthy cultural relations in agriculture. Its work on closing the gap in the relationship between farmer and customer has led to the development of the community supported agriculture model (CSA) which has now been adopted worldwide. In this model, farmers and customers share the risks and rewards of the whole crop all year, creating intimacy, connection, and resiliency where before there was often only cold commerce.

No subject is so full of unnatural opinion as energy development, because in many ways it is actually discretionary. Human beings lived well and in some cases better before the development of engines and and electricity. It remains an open question, even today, in some traditional and modern communities whether to forego or opt out of electromechanical lifestyles. If one has or would choose the electro-mechanical lifestyle, it is important to be very deliberate, for disaster stalks today’s urban jungles – which are now so undeniably hostile to human beings – in the form of electric and mechanical addictions so expensive as to make their benefits appear like minor conveniences when compared to the damage they do.

Although solar and wind energy provide a good alternative to fossil fuels from a scientific climate perspective, they each have significant drawbacks that lead to the continuing search for still further improvements. Out of a synthesis of old and new technologies come the combined heat (or cooling) and power, and the waste to energy industries. These techniques focus on micro and municipal, or district, scale solutions using local waste products and high efficiencies to generate various forms of energy and usable materials. Human, animal, landfill and municipal waste products are common, as are forestry by products and crop residues. These portable and scalable generator units operate at higher and higher efficiencies, with smaller and smaller footprints, respecting nature’s preoccupation with holistic and systemic integration. There are no ugly panels covering fertile land, nor bird-killing windmills that generate problematic and sometimes genuinely unhealthy noise levels. Their overall resource efficiency far exceeds most solar panels which are only able to produce two or three times as much energy in their lifetime as they take to create. Biogas and related generators integrate especially well into human development by closing the waste loop, solving disposal and energy production problems at once. Fund Balance recommends consideration of such biogas and combined power solutions for African electrical needs, along with training in the benefits and the dangers of mechanization and electrification which historically has dislocated many European and global communities leading to a loss of healthy traditional lifeways neither anticipated nor compensated by the technological “advance.”

The revolution in healthcare continues under the banner of integrative or “functional” medicine. The word functional is notable because it prioritizes effectiveness. It is not shy about using inexpensive but proven traditional treatments. Nor is it shy about using advanced energy healing techniques based on the latest research in biophysics, intentional awareness and related disciplines.

Nutrition and nutritional supplementation are fundamental to its success, as are lifestyle changes and artistic and psychological practices aligning human beings with their potential in a spiritual, but non-sectarian way. Ancient and modern detoxification practices such as fasting and chelation are making excellent progress in a world of poisonous economic byproducts. The cultivation of traditional medicinal plants and superfoods is now a multi-billion dollar global industry with ever increasing prospects and global acceptance. The ginseng market alone turns over $2B in annual revenue. Traditional health and spiritual maintenance traditions like dance, yoga and community ritual are earning recognition worldwide for their stabilizing and catalyzing role in promoting community health. Studies consistently show that tight-knit communities united in food, friendship and healthy social tradition at the village scale live longer more fulfilling, happy, and productive lives.

Of all the developments sold and promoted by the West and North, technology is the most risky of all because it threatens to replace the very soul of humanity, and eventually humanity itself with machines. Even now, Google engineers are promoting transhumanism, the idea that ultimately humans will upload themselves into machines and give up their biological existence to make way for “superior” machines. This would be merely science fiction except that it is the stated policy of the Senior Planners at Google such as Ray Kurzweil who are rapidly implementing it both with respect to physical robots as well as intellectual robots called artificial intelligences.

Its deceptive and triumphalist rhetoric that denies and ignores evidence of increasing harm places electronic technology firmly at the bottom of our list of priorities suitable to the African continent. The reason is simple. Without the development of mastery over the philosophical and cultural concepts at work in the computer and its ecosystem, it is impossible to avoid becoming its slave. Although it is important that Africa have the benefits of freedom of information and communication, She must take her time and study carefully the harmful impacts of technology on the societies which have adopted it, so as to plan out just how technology fits best with her people. There are a great many problems and tragedies she will avoid by so doing. From the harmful radiation of the wireless infrastructure, to the enabling of social dislocation and attention deficit caused by intentionally addictive social media, there are now millions of sufferers from the psychological and biological damage done by the computer industry. And that’s not even counting the social costs of the forced labor camps in China where the devices are made in factories sporting nets in the stairwell to prevent suicides.

Hear Congo’s social and initiative-based education model has created a living network through which good living and better alternatives can be introduced to Africa. It could also be a vector for dangerous corporate ideologies that have the potential to ruin Africa’s precious cultural and natural heritage. Shiny objects and short-term gains in terms of “development goals” could reduce even further the self-expression and actualization of the enormous and heartfelt human potential of African Humanity. If the history of indigenous people around the world is any guide, there is every reason to expect the encounter with the modern world to lead to capitulation, homogenization, balkanization and the establishment of reservations for the unfortunate few who resist. But it does not have to be that way.

Fund Balance is committed to a superconscious and careful evaluation of every potential introduction of Western ways into Africa. We insist that pros and cons be considered not just in light of their costs and benefits as considered by modernity but based on how they will effect healthful indigenous African traditions. We want to share what is great about modern life with Africa, such as freedom, awareness, and human potential development. But we refuse to acknowledge the legitimacy of the false rhetoric and advertising slogans known as “economic development,” which promote consumerism in the name of progress. We are committed to empowering Africa to

choose her own path forward, choosing her own tools and her own goals. We will clearly articulate the costs and benefits of development options based on the experience of the North and its engagement with indigenous peoples here and around the world.

In addition, we are enthusiastically looking forward to learning more about the cultural traditions of Africa, both the lifeways and the inner experience. The benefits of the African way have been demonstrated in culture, music, and athletics to the point where its global leadership in these areas has been established on the merits. We are keen to see African influence upon spirituality, science, policy, and business rise to similar levels in the 21st century and are certain that in balanced dialogue with the world, this can only have beneficial consequences for Humanity and the Earth.