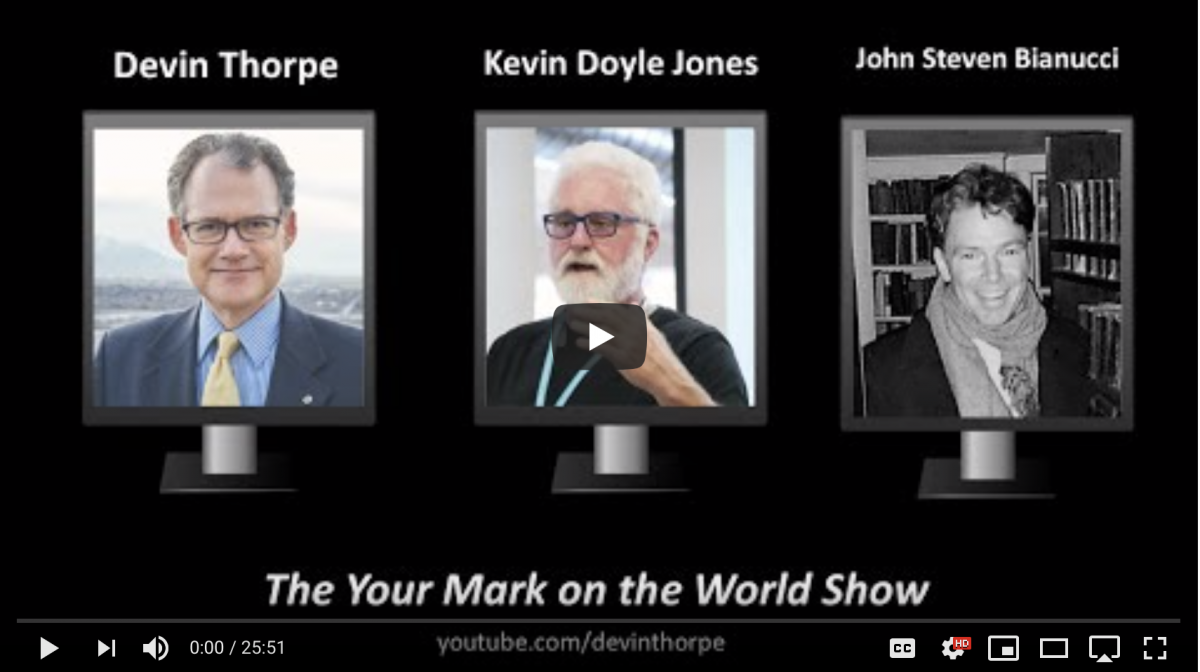 Republished from Your Mark on the World.

Regenerative agriculture is suddenly sexy. Practitioners have been advocating its use for more than a decade but only recently has it begun to catch media attention and with it the public imagination. Why now? Some might say that it is because we are just waking up to the gloomy reality that the planet and every person on it are at risk even if regenerative agriculture is successfully implemented and are almost certainly doomed if we don’t.

Kevin Doyle Jones, co-founder of GatherLab and John Steven Bianucci, director of impact for Earth’s New Ways, are among the activists preaching the gospel of regenerative agriculture and they are finding an increasing number of adherents.

Regenerative agriculture is not just organic but involves other techniques, like no-till planting and rotating grazing animals on the land, to help the soil retain moisture and carbon, improving yields and

Be sure to watch the full interview with Kevin and John Steven in the player at the top of this article.

The following is the pre-interview with Kevin Doyle Jones. Be sure to watch the recorded interview above.

What is the problem you solve and how do you solve it?

Funding the missing gap to convert to regenerative agriculture within a community.

Pooling and sharing of risk to enable farmers to cover the three-year cost of migrating from conventional farming to organic and regenerative, which is beyond organic, to significant carbon sequestration through improved and deeper topsoil.

The following is the pre-interview with John Steven Bianucci. Be sure to watch the recorded interview above.

What is the problem you solve and how do you solve it?

Family farmers’ biggest barrier is land access. We provide farmers mortgages and/or purchase/leases with a secure path to ownership. The next generation wants to farm organically and needs the additional financial supports we offer them during the difficult three-year organic transition period.  Until now, food buyers have only been able to change the food system with their consumable dollars. Substantial as that is, imagine the change when the public can directly invest in organic foods at the family farm production level through Iroquois Valley’s $50 million Reg A+ Direct Public Offering.

Iroquois Valley Farmland REIT is an organic farmland finance company providing farmer-friendly leases and mortgages to the next generation of organic farmers.  Since our founding in 2007, we have directed $50 million in investments in organic agriculture. The Company business model has proven to be a scalable solution to industrial agriculture. Our goal is to make organic agriculture the norm, not the exception, in America, dramatically increasing soil health, biodiversity, and public health, today and for the next generations to come.

Mr. Bianucci has long been passionate about food sovereignty, social justice, health, organic farming and agroforestry. He works to maximize the social and environmental impact of Iroquois Valley Farms. He has extensive corporate experience in branding, marketing and sales. As an entrepreneur, Mr. Bianucci has co-founded publications and been a successful  financial trader and advisor. Computer User magazine was the country’s first regional computer publication, published monthly for 24 years. Mr. Bianucci graduated from Harvard College.