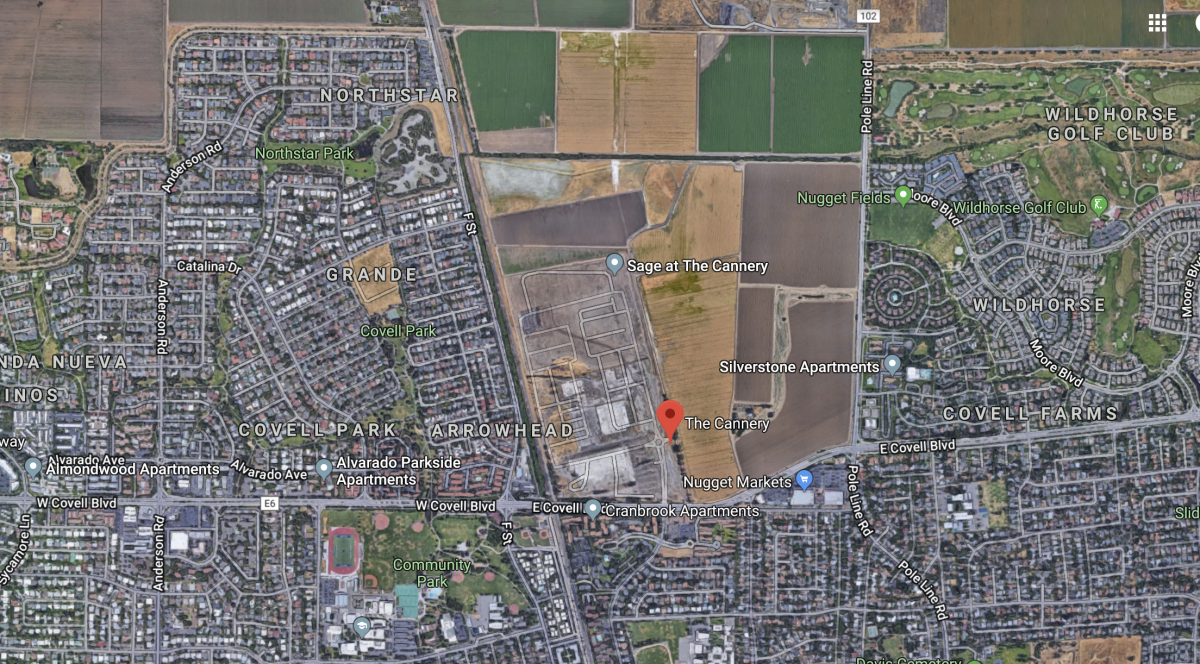 For more than three decades starting in 1963, a sprawling Hunt-Wesson factory in Davis, California operated as the embodiment of modern industrial agriculture. Taking in millions of processing tomatoes trucked in on open flatbed trailers from throughout California’s Central Valley, the 564,000 square-foot plant rendered them into Hunt’s ketchup, tomato paste, and other supermarket staples. Shuttered in 1999 by Hunt parent ConAgra and demolished seven years later, the site is now a prime example of a fast-growing trend in urban development and 21stcentury food production: the agrihood.

The Hunt-Wesson site is now home to The Cannery, a 520-home community developed by the Aliso Viejo, Calif.-based New Home Company. The 150-acre development includes 7 ½ acres for small-scale commercial farming of produce such as broccoli, cauliflower, peppers, and yes, tomatoes. Agrihood farmers usually sell a portion of their crop to ‘hood residents, making the farm-to-table journey a short walk. Realtors pitch the on-site farm as a community amenity, with visual, educational, and culinary benefits. “We like to say the farm is the new golf course,” says Mary Kimball, executive director of the Center for Land-Based Learning (CBLL), a non-profit urban agriculture promotion and training organization. Kimball led a tour of The Cannery and other urban agriculture sites at the Meeting of the Minds annual conference in Sacramento in November.

The Cannery setup is not unique, but it’s the only agrihood in California whose growers are apprentice farmers, learning the trade through the state-sanctioned apprentice program California Farm Academy, launched in 2012 by the CBLL. Financed partially by funds from California’s landmark AB 32 cap-and-trade program to reduce CO2 emissions, the academy has graduated more than 130 ‘students’, many of them millennials, into farming careers.

The average age of a U.S. farmer is over 60, and the academy is one of several training initiatives to bring younger people into the business, but in its 21stcentury form. “The aging of the farming profession is a real threat; we represent the new faces of farming today,” says Kimball. “And many of them want to farm in cities.”

The Cannery also participates in an academy program called the Farm Business Incubator, which provides beginning farmers with low-cost land leases (one quarter acre or more), infrastructure, and ongoing training. The incubator offers land leases at The Cannery in Davis and at five urban ag sites in West Sacramento. The five West Sacramento urban farms, all on public or private formerly vacant lots, grow more than 25,000 pounds of produce per month in during peak growing season. They sell to three local school districts and a supermarket, and donate to a county food bank. “We started with just one city-owned lot in a very busy spot,” says West Sacramento Urban Farm Program manager Sara Bernal. “We’ve been able to show that urban farms without chain link fences around them can be viable.”

The growth of agrihoods has been a key component of urban revitalization, both meeting and fomenting the increasing demand for locally grown food. In a December 2018 study, the Urban Land Institute (ULI) noted that 73% of U.S. residents say access to fresh and healthy food is a top priority when deciding where to live. The study also noted that farming lands are often less expensive to maintain than other development-connected amenities such as a golf course. ULI has identified agrihoods currently operating or under development in 27 U.S. states and Canadian provinces. “Reinventing a 20,000 year-old business,” says Meeting of the Minds co-founder Gordon Feller, “is not a bad place to start thinking about innovation.”

Clint Wilder has been writing and speaking about clean energy and sustainability for more than 15 years. He is co-author of two books, Clean Tech Nation: How the U.S. Can Lead in the New Global Economy (HarperCollins, 2012) and The Clean Tech Revolution: The Next Big Growth and Investment Opportunity (HarperCollins, 2007). As senior editor at leading clean-tech research and advisory firm Clean Edge, he is a lead writer of many of the firm’s research reports including its flagship U.S. Clean Tech Leadership Index, a widely cited annual ranking of U.S. states and metro areas in leadership in clean-tech deployment, policy, and finance. Clint has been a blogger for The Huffington Post and a facilitator in the Energy and Climate Change track of the Clinton Global Initiative. He was a contributing writer of Think Outside the Grid: Africa’s Trillion-Dollar Energy Opportunity, a 2018 white paper by leading clean-tech venture capital firm DBL Partners.